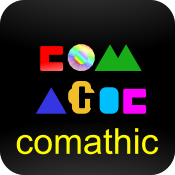 Train your logical thinking in a new fascinating game. Its something between match3 game and puzzle game. Slide gem on another gem of the same type to create new supertype. Two or more neighbouring gems of the same supertype (depending on level) would be removed.
Challenge other gamers in pursuit of highscore.