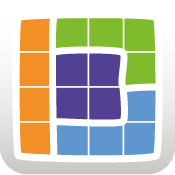 Select bricks of the shown figure (like in T-game) shape (any rotated version) to remove it from field. Clear row to make new bricks available. Unblock multiblocked bricks. Challenge other gamers in pursuit of highscore.

Due to numerous requests for Quadris(alter T-game) with rotation of figures a new gameplay is invented for your fun.